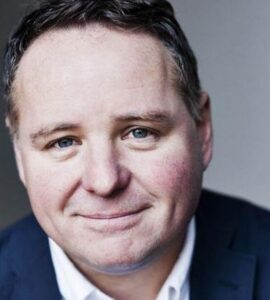 Dave Nellist is one of England’s select group of North East actors. He trained at the Rose Bruford college of speech and drama and for the last twelve years has been working consistently within the industry, most notably on television in programs such as Spender, Prince of Hearts, Catherine Cookson’s The Gambling Man, Badger, Place of The Dead and BBC Three’s flagship series Breezeblock. His work in the theatre includes West End appearances in Elton John’s Glasses and performances in premiere venues around the country.

Dave’s numerous advertising jobs include flogging Ford Escorts, telly licences, Foxs biscuits, McDonalds and doing a spot of twirling around in a pink dress singing “I’m Every Woman” for Supernoodles.

Here he writes for you about advert auditions and how to beat them.

Mike Craig was born in Batley, Yorkshire – a fact he will tell you within seconds of meeting. Almost educated at Wheelwright Grammar School, Dewsbury, he’s been a writer, performer and producer since 1964 and until recently held the post of head of light entertainment at BBC radio. 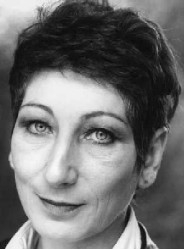 Fiz Marcus’ favourite roles include: Deborah in A Kind of Alaska; Natasha in A Man With Connections; Galina Brezhnev in Red Princess and Mata Hari in Lovers & Lies, her own one woman show.

Fiz’s experience takes in screen, radio and television and includes roles in Leon The Pig Farmer, Wild West and The Bill as well as acclaimed stage performances both nationally and internationally:

In addition to acting and directing Fiz is also an accomplished writer and has had five plays published by Samuel French.

Here she offers sound advice on the benefits of acting on the fringe and, most importantly, how to make it work to your advantage. 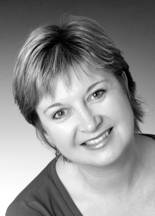 Actor, Writer and Director, Julie Kinsella has been acting, writing and directing for most of her life and has an enviable record of work in film, television and theatre both at home and abroad. Recently she has held positions with the BBC, BD films, Kinetic Theatre Company and the Oxford Shakespeare Festival as well as producing material for her own theatre company Indian Ink.

Most importantly to us though Julie was a director on our production of The Witch’s Bogey!

Here she writes for you about exploring and exploiting your talent to the full.

Here are some useful bits of information in hands bullet point form: It’s all about experience – what you’ve seen and what you’ve done. See as much performance as possible and be inspired. Consider all aspects of lighting design, this article concentrates on theatrical lighting (which includes opera, musicals, dance etc), but there are also […] 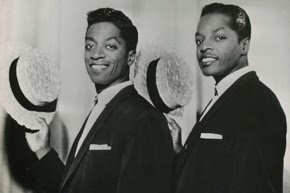 Born in 1923 Steve Clark was, along with the likes of his cousin Sammy Davis Junior, one of the original pioneering black artists. As half of the legendary tap dancing act The Clark Brothers , he fought enormous social prejudice to enjoy a career on both sides of The Atlantic, playing to packed houses from Broadway to Londonís West End.

As well as being an unrivaled tap dancer, Steve is also a consummate choreographer, singer, musician and entertainer. He has worked alongside the likes of Billie Holiday, Nat King Cole, Gypsy Rose Lee and Bob Hope and counted Frank Sinatra, Howard Keel, Tallulah Bankhead, Lena Horn and the gangster Al Capone as friends.

His cv is endless but films such as Killer Diller with Nat King Cole and A Day At The Races with The Marx Brothers stand out, as do a succession of appearances on televisionís Sunday Night At The Palladium and six Royal Variety performances including the famous 1963 event when The Beatles introduced the world to the expression ìRattle your jewellery.

Now at the ripe old age of eighty, still tapping and teaching, Steve Clark has been in the business for more than seventy years. We are extremely honoured to be able to present some of his thoughts for you here.

Jill is a dancer and experienced Choreographer, Arts Administrator and Special Events Producer.

She is currently one of the Creative Directors at Steps on Broadway, in New York City, which is one of the largest professional dancing schools in the world.

Equity is the only Trade Union to represent artists from across the entire spectrum of arts and entertainment. Formed in 1930 by a group of West End performers, Equity quickly spread to encompass the whole range of professional entertainment, Membership includes actors, singers, dancers, choreographers, stage managers, theatre directors and designers, variety and circus artists, […]

Mickey Fellowes is an Arts Fundraiser with over five years experience. He is currently working for Showhow on the Arts Council Fellowship programme for Black, Ethnic minority and Disabled arts managers. 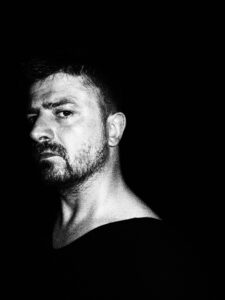 Barney is a powerful and outspoken writer who recognises the increasingly urgent need for new voices and new writing in theatre.  Although now the Managing Director of a documentary video label, he is adamant that he will never write drama for television or film, saying that he simply can’t be bothered to be bland enough.

Here are some of his thoughts on writing.