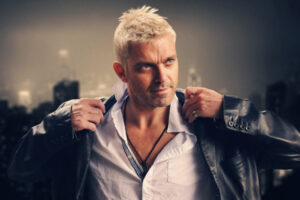 Gil’s career started in the UK with credits including Hollyoaks, Holby City, Doctors, Brookside and The Bill. After relocating to Los Angeles, he promptly turned out a strong performance in Entourage, as well as many memorable commercial spots including the #1 Super Bowl Commercial of 2011 for Audi. Gil credits his Ketel One advertising campaign for transforming his career and saving him in the nick of time from returning to a ‘normal’ job! His career then took off with feature films including All Things to All Men with Gabriel Byrne, Amnesia, Don’t Look Up” and the 2014 release of Redirected, an outrageous black comedy with Vinnie Jones. Gil starred as Christian de Guise in the CW’s hugely successful period drama Reign and can currently be seen on Netflix playing Donnie in the movie The Ghost Who Walks.

One of life’s good guys, Gil has taken the time to share his story with us and offer some valuable advice to his fellow actors.

If you’re going to get yourself an agent (and if you’ve read my last column then you’ll know that you definitely should) the golden rule has to be “get yourself a good one.”